I have amazing news!

I’m incredibly happy to announce that my novel, THE LION LIES WAITING, won a 2018/2019 Rainbow Award for BEST GAY BOOK!

The awards themselves raised over $12,000 for LGBTQ+ charities and you can read a full list of winners here: https://reviews-and-ramblings.dreamwidth.org/5328702.html 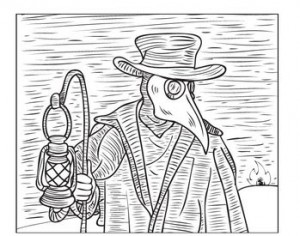 A TALE OF THE MOTH AND MOON

On a cold October evening in 1780, the sky moved slowly above a glum sea. Down by the harbour in the tiny fishing village of Blashy Cove, the sprawling, ancient inn named the Moth and Moon played host to only a handful of patrons. Behind the bar stood the innkeeper, George Reed. He was busying himself with tidying up some tankards and rearranging bottles.

“Tell me a story,” said little May Bell.

George smiled and wiped down the countertop with an old rag. May was eleven years old and apprentice to the village’s baker. Wise beyond her years, she loved nothing more than to sit in the tavern and watch the world go by.

“Isn’t it time you were getting home?” he asked. “It’s getting dark and there’s no moon tonight.”

May gestured around herself at the mostly unoccupied seats. The only sounds were the occasional groans of disappointment from some men playing cards, the clacking of the elderly Mrs. Whitewater’s knitting needles, and the faint gasp of air which the fisherman Robin Shipp sucked in through his pale and pursed lips as he dozed in a large leather armchair by the fireplace.

“Your mother will shout at me if I do,” George said.

“I won’t tell!” she said, climbing first up a stool and then onto the bar before settling in her favourite spot against a thick wooden pillar. “Please!”

“Fine, fine. Let me think,” George said as he rubbed a hand across his grey-bearded chin.

“Once upon a time,” he said at last, “there lived a doctor. He was a good, upstanding man, always doing his best for his patients. If he was unable to help someone, it pained him greatly, as though he felt their suffering himself. As the years went by, he began to grow weary of life in the big city and so he decided to move to an island. He had a choice — move to Blackrabbit, where the people were cold. Move here to Merryapple where the people were warm. Or move to the island we now call Forloren, where the people were needful. They had no doctor of their own and suffered with various maladies and ailments, so he chose to live there and help them. The community was small, with only one little village and a farm. He found it pleasant and the islanders welcomed him with open arms. In time, he took a wife and together they had a daughter. She was the apple of his eye and she loved to watch him work. When she was grown, she travelled to London to train in the medical arts, just as her father had done. When she returned to Forloren many years later, her father was so proud he thought his heart would burst. The whole island rejoiced at her success and they prepared a great feast in celebration but she was tired from her journey and took to her bed. By the next morning, she was burning with a fever and her skin had started to darken. The morning after, she was dead.”

“How terrible!” said May.

“The doctor mourned her loss but he worried too, for he recognised the illness which had claimed her. It was the plague. Soon, his wife fell ill, as did several others in the village. The doctor, seeking to halt the spread of the disease, burned every boat and forbade anyone from leaving the island. Almost everyone took to wearing white masks with long snouts stuffed with herbs, meant to stop them from breathing the pox-ridden miasma of the infected. They didn’t work. After his wife died, the doctor became inconsolable. People began dying in droves. The bodies of the dead were buried in one large charnel pit dug in the side of the biggest hill on the island. The islanders were frantic. Even the animals started dying. There was no food left. They looked to the doctor for help. Finally, he instructed everyone who was still alive to gather at the farm and assemble in the huge old barn, for he had news of a cure. They did as they were told and waited for him to join them, but instead he closed the doors and slid the heavy bolt in place, trapping everyone inside. The people ranted and raged, banging and clawing at the wooden walls.”

“What happened, Mr. Reed? How did they escape?”

“Escape?” George repeated. “They didn’t escape. The doctor walked around the barn, using his torch to ignite the dry wood. He stood guard at the door as it burned, listening to the pained screams of his victims, the flame glinting in the glass goggles of his mask. The smoke from the fire could be seen from as far north as Blackrabbit Island. It was night when the barn finally collapsed in on itself and the doctor knew then that his grim task was complete. He was the last living thing on the entire island. There was no cure, and everyone, himself included, was infected and would die horribly, just as his family had done. In the madness of his grief, he sought to spare the people that lingering pain. His final act was to climb the highest hill and set fire to his own clothes. There, the flames engulfed him, and he burned to death. Since that day, the island has been abandoned and no one in their right mind will set foot on it.”

“Wait,” said May, “If everyone died, and no one escaped, how do you know all this?”

“Very clever question, my dear,” he said. “Before he climbed the hill, the doctor wrote his confession on a scrap of paper, placed it into an amber rum bottle and cast it into the sea. It washed ashore here in Blashy Cove and was found by my very own grandfather. Now, even though the disease is gone and the doctor’s mortal form is long since turned to ash and carried away on the breeze, there are those who say he walks the island still.”

“One night, many years ago, I was standing much where I am now, tending to the bar, when suddenly the door burst open and in stormed a sailor, wide-eyed and muttering under his breath. He ran to the bar and demanded a drink. Tall, he was, and strong too.”

Upon hearing his name, Robin Shipp stirred from his slumber.

“Someone callin’ me?” he muttered, before wiping his mouth and dozing off again.

“The sailor wasn’t quite so tall,” George said with a little laugh. “No one is! But he wasn’t far off. He’d sailed to the edge of the world and back, faced squalls which would have drowned lesser men, fought horrible beasts from the depths of the darkest oceans and lived to tell the tale but he trembled then, he quivered, he shook like a new-born kitten. Not even my best whiskey could calm him. It took a while, but I finally got him to talk.”

George’s voice was a whisper now and May leaned in close to hear.

“Where had he been?” she asked.

George affected a growl in his voice as he answered.

“On the Isle of Forloren,” he said.

May gasped and covered her mouth with her tiny hands.

“The sailor was passing the island when he spotted a light on the top of the hill. Being from the mainland, he was unaware of what had happened there many years before. He anchored his boat and waded ashore. It was a cold night, much like tonight. There wasn’t a whisper of wind, not a breeze. His breath turned to fog as he walked the empty laneways of the island. The light on the hill was gone but he carried a lantern and soon found himself in the village. He thought to ask for a bed for the night, meaning to steal away before dawn with whatever valuables he could pilfer, but he found every home abandoned. Nothing stirred on the isle of Forloren. Not a bird, not a rat, not a moth, not a bat.”

George made a little fluttering motion with his hands for effect and May flinched.

“The sailor decided to settle down for the night in one of the less-derelict homes. He lay on a pile of rags and soon began to nod off. He woke first to the sound of scratching, like nails clawing on wood, then by a frenzied knocking, as if made by knuckles on doors. He began to grow fearful, for no cause could he find for those noises. Soon, though, he nodded off again but it was a sleep short-lived. He awoke to find himself outside, on his back, being dragged through the countryside by a shadowy figure with a face like a bird’s skull! All about him, the trees and grass stirred as if shaken by a mighty wind, though he could feel not so much as a breeze on his skin! He tried to scream but it was as though there was no air to carry his voice. He was pulled on and on until he reached the hillside. Once there, the ground opened up before him, as if the earth were a hungry mouth, roaring for his flesh. Inside he saw corpse after corpse, twisted and burst. Finally, the terror overcame him and he managed a mighty scream. He scrambled free of his abductor and ran back through the village, back to the shore. There he witnessed a most terrible sight. His boat, his only hope of salvation, was aflame.”

“Quickly, he waded the shallow waters to where it sat, managing to douse the fire before it could truly take hold. As he frantically rowed away he looked back to shore and there he saw him.”

“Saw who?” May asked, her voice barely a whisper.

The plague doctor of Forloren, still wearing his singed clothes and bone-white mask.”

May slapped the countertop excitedly.

“The doctor set fire to the sailor’s boat!” she squealed. “To stop him from leaving!”

“Precisely!” said George. “If his boat had burned, he’d have been trapped there.”

George leaned in close to May again, his voice low as he continued.

“On the night of a new moon, just like tonight, the doctor walks the fields and laneways of Forloren, peering into windows, checking under blankets, making sure the island is clear of people. And if he got his hands on the sailor again, he’d slowly wrap his chalk-white hands around the man’s neck and—”

George almost jumped clear out of his skin. He put one hand to his chest and breathed heavily.

May’s mother had slammed the doors open and was pacing across the tavern, her face like thunder.

“What have I told you about telling my daughter ghost stories?” she said.

May grinned from ear to ear and thrust her hands in the air.

“I love them so much!” she said, excitedly.

“They give you nightmares!” said Mrs. Bell.

“Nightmares are just… dreams with flavour!” May said.

He reached into one of the many recesses in the tavern’s walls and lifted an object, setting it on the counter beside May. She lifted it up. It was a weathered rum bottle, amber in colour, stoppered with a cork, and containing a scrap of very old paper.

I hope you enjoyed this spooky little story! And here’s some exciting news — you can return to the Moth and Moon in my new novel, THE LION LIES WAITING, coming this winter from Ninestar Press! Look for updates and a cover reveal soon on my Facebook page and Twitter!

Places you can buy The Moth and Moon: