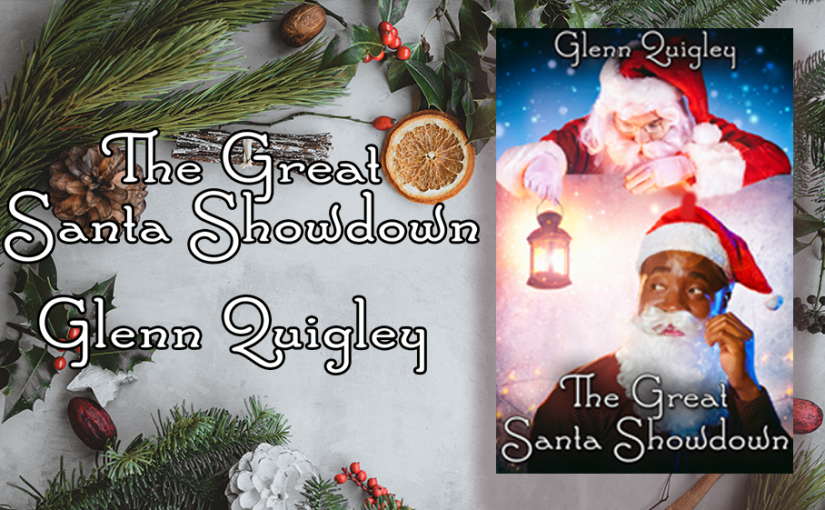 It’s two weeks before Christmas and the official Santa Claus of the small town of Yuleboro is retiring. Bookstore owner Gregory has long dreamed of taking over the role. However, he’s not the only one, as tree farmer John has been waiting his whole life for this opportunity. Alongside a host of other competitors, they’ll battle their way through a tournament designed to test the skills of any would-be Kris Kringles, and find it takes more than a belly and a beard to wear the red suit. And as Gregory and John go head to head in the first-ever Great Santa Showdown, it’s not just the competition that heats up!

Here is an excerpt: