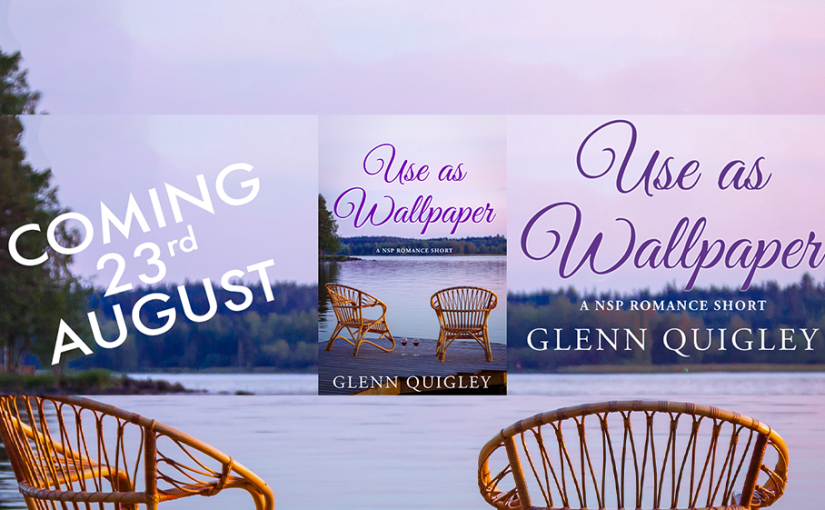 I’m very pleased to present the cover to USE AS WALLPAPER. This is my first contemporary story and my first published short story. It’s a fun rom-com set in the beautiful country of Georgia.

Here is the blurb:

Stuart is a reporter for a seldom-watched history channel, forty-one years old, and recently single. His latest assignment has taken him to the beautiful country of Georgia to film a traditional polyphonic choir—one of the last of its kind. The choir is run by Otar, a gruff man of strong opinions who is used to getting his own way.

When it’s suggested that Stuart get involved with the choir’s latest performance, he will have to quickly learn how to sing in Georgian, perform a traditional dance, and avoid butting heads with Otar. He probably shouldn’t drink too much wine the night before the show, either.

As Otar struggles to keep the past alive, can he help Stuart to leave his behind?

USE AS WALLPAPER will be released on 23rd August by Ninestar Press and will be available on their website, Amazon, and most major e-book retailers. I’ll update this post as soon as the pre-order and buy links are available!

This story is totally stand-alone and unconnected to my novels. If you’ve been thinking about trying out my writing, here’s an easy and affordable way to do so. I’m very excited for people to read this story!

To keep up-to-date with my writing, you can sign up for my newsletter using the form below: